In 1961, with the purpose of solving one of the most important needs of its workers, the education of their children, Providencia started up the largest social work in the sugar industry in Colombia: Providencia Centro de Formación Integral (Providencia Comprehensive Training Center). 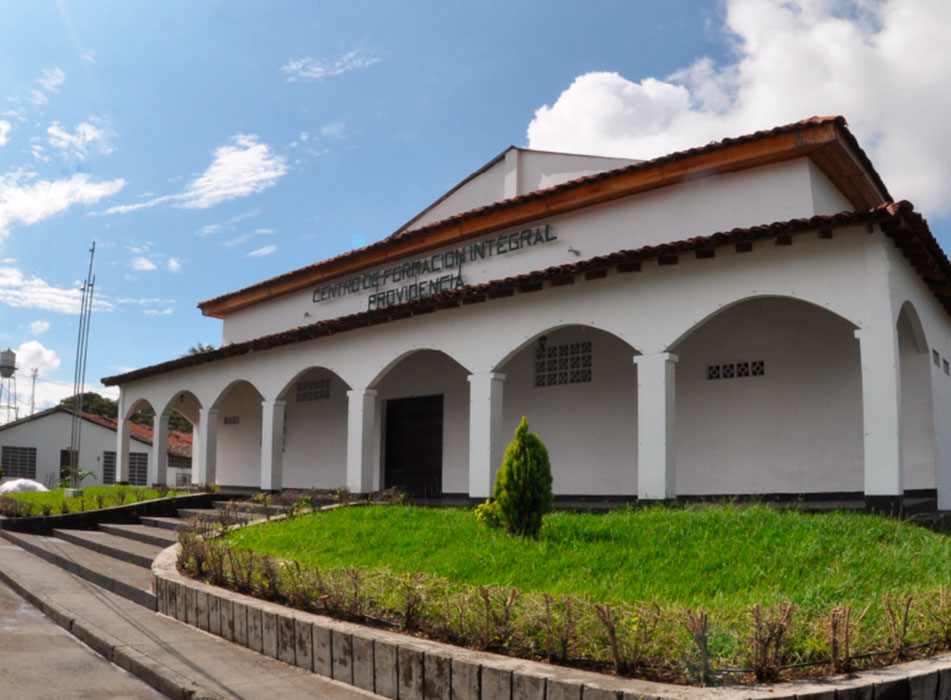 Providencia Centro de Formación Integral educates an average of 4,000 students annually. Its educational programs, which include day care (in partnership with the ICBF), elementary and secondary education, job training, human development and technology education (in alliance with the Universidad Autónoma de Occidente), among others, welcome children, young people and adults, most of whom belong to the communities with the least opportunities in the region.

Since 2015, Providencia Centro de Formación Integral has the quality certification cert001-2008, NTC 5555-2011 and 5581-2011. Before the ICFES, the school occupies a higher academic level, which has been maintained for several years.

24% of the students who are part of the school are children of Providencia’s employees, contractors, family members and retirees, and 76% are residents of the community in the area of influence of the sugar mill.

Because Providencia provides 80% of the cost of meals to its students, CFIP is able to provide three breakfasts and five snacks to its students. This measure covers the complete and balanced nutrition of preschool, elementary and high school students. Providencia Centro de Formación Integral's programs, which are endorsed by the Ministry of Education, include food allowance, recreation, sports, plastic and musical arts. Additionally, thanks to Providencia's social vision, new programs have been implemented that favor the prevention of alcohol, drugs and suicide. In 2020, the CFIP obtained an excellent score in the State tests and the Andrés Bello Award. The CFIP has also achieved its sustainability thanks to the work it carries out with more than 200 women heads of household, who participate in the Taller de Confecciones Protejer (Protejer Sewing Workshop), from where they manufacture uniforms and other supplies for more than 90 recognized companies in Colombia.